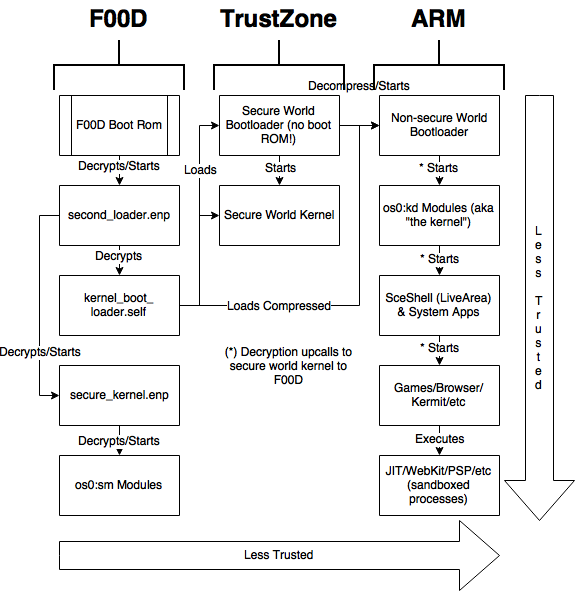 ROMs are trusted implicitly. second_loader and secure_kernel are, at update time, additoinally encrypted (likely with per-console keys). If that is the case, it is likely that the F00D bootrom has the ability to decrypt those two files. It is also predicted that secure_kernel is run on F00D as does second_loader in order to decrypt kernel_boot_loader.self to start the ARM code .

The two bootroms are physically burned into the SoC and cannot be changed. The Cortex A9 bootrom loads the first level bootloader and the F00D bootrom is unknown. Every other component can be changed and most can be revoked. Below, we discuss potential outcomes if there is a hack at each level.